On July 27, the board of CIFAL Malaga was created in the presence of Alex Mejia, director of the Division for People and Social Inclusion of UNITAR (United Nations Institute for Training & Research) and Mr. Francisco de la Torre, Mayor of Malaga. CIFAL Malaga will strengthen capacity building of local authorities and actors to support the implementation of the Agenda 2030.

A public event was hosted in Malaga, where the City Council signed three Memoranda of Understanding (MOU) with Unicaja Bank, the University of Malaga, the Confederation of Andalusia Businessmen and with CIFAL Miami in order to deliver capacity building in South America. Mr. Julio Andrade, Director of CIFAL Malaga, also presented their training programme. At the closing ceremony, Mr. Mejia and Mr. De La Torre raised the UN flag together. 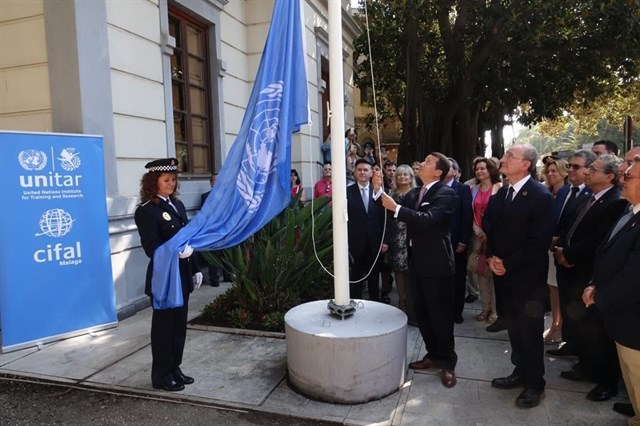